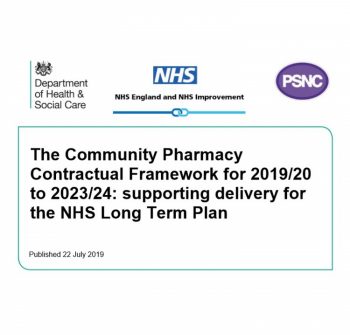 £4 million pledged to testing for hepatitis C in community pharmacies

The London Joint Working Group on Hepatitis C and Substance Use (LJWG) is delighted that the government has announced it will fund the introduction of hepatitis C testing in community pharmacies for people using needle and syringe programmes (NSPs).

The announcement came this week with the publication of The Community Pharmacy Contractual Framework for 2019/20 to 2023/24 by the Department of Health and Social Care, NHS England, NHS Improvement, and the Pharmaceutical Services Negotiating Committee.

The Framework sets out that over 2019/20 and 2020/21, £2 million will be invested each year to support hepatitis C testing in pharmacies. After 2021, it is expected that the programme will cease to run, though there could be additional funding available if required.

This announcement follows the successful LJWG pharmacy hepatitis C testing pilot, recognised by the European Monitoring Centre for Drugs and Drug Addiction as an international example of best practice. The project tested 216 people in eight pharmacies over four months, 53 per cent of whom were found to have hepatitis C antibodies.

The project’s purpose was to test people who were not currently engaging in community drug treatment services but who were actively injecting drugs and therefore at risk of hepatitis C transmission. Comprehensive testing and referral routes do not exist for this group. The pilot aimed to use the potential contact they might have had with community pharmacies while accessing NSPs to get them tested and treated for hepatitis C.

The second phase of the pilot was launched in July last year and involved pharmacists offering more accurate blood tests to assess whether the person was chronically infected or had already cleared the virus. The report on findings from phase two of the project will be published shortly.

These pilots have had a key role in the government’s decision to fund community pharmacy testing for hepatitis C.

“The government’s announcement this week is an important step towards establishing more accessible testing and referral pathways for people who are most at risk of hepatitis C acquisition and transmission.

“The LJWG’s pilot has shown that providing point of care tests within pharmacy-based NSPs can successfully identify hepatitis C-positive individuals. However, referral into secondary care for treatment has had limited success.

“If we are to achieve elimination of hepatitis C by 2025, we need to target individuals who are currently injecting but not in contact with services outside of the pharmacy-based NSPs. This will require providing easily accessible treatment as well as testing. 84 per cent of people who engaged with testing in the first stage of our pilot said they would like to receive hepatitis C treatment at the community pharmacy. Current legislation does not permit hepatitis C medication to be dispensed in NSP pharmacies, despite this acting as a significant barrier for many people.

“While we welcome this announcement, the Department for Health and Social Care needs to take the next step and overcome this legislative barrier so that those most at risk can readily access treatment.”