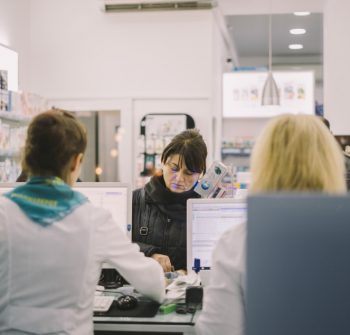 Today the London Joint Working Group on Substance Use and Hepatitis C (LJWG) has published the results of ‘phase 2’ of its pharmacy testing pilot showing 38% of needle and syringe programme clients tested at participating pharmacies had chronic hepatitis C infection and 78% of those tested preferred to receive their treatment at their pharmacy if it was an option.

The report’s findings build on ‘phase 1’ of the pilot and follows NHS England’s announcement in July that they will invest £4 million over the next 2 years in rolling out hepatitis C testing in selected pharmacies across the country.

Hepatitis C is a blood borne virus that affects the liver and is transmitted by contact with infected blood. Since 2014, direct-acting, all oral antiviral treatments have revolutionised the treatment of hepatitis C, curing the virus in more than 90% of patients. NHS England has set an ambition to find and treat all those with hepatitis C, effectively eliminating the virus as a public health threat in England by 2025. London Mayor Sadiq Khan is working with the LJWG and partners to develop plans to eliminate hepatitis C across London.

In the UK, those at highest risk of contracting HCV are people who inject drugs. The LJWG’s ‘phase 2’ testing pilot involved six pharmacies that provide needle and syringe programmes. Needle and syringe programme clients were offered point of care capillary blood testing for hepatitis C RNA to ascertain active infection and, if diagnosed positive, were referred straight into the local hospital for treatment.

Dr Suman Verma, Consultant Hepatologist at Chelsea and Westminster Hospital , co-chair of the LJWG and Pharmacy testing Project lead said: “This pilot clearly demonstrates that offering hepatitis C testing in community pharmacies can reach a vulnerable group of people who are at high-risk of infection. With 38% testing positive for hepatitis C chronic infection, the need for testing and treatment in this population is clear.

“Through this small-scale pilot, many people who were living with the virus unawares have now been diagnosed and some successfully treated. Many more will have had useful harm reduction conversations with their pharmacist about staying safe and avoiding infection in the future. If we are going to eliminate hepatitis C in England, we need testing and treatment for people who inject drugs to be as easily-accessible as possible. Community NSP pharmacies provide an excellent site for testing and engaging into treatment those at risk.

“Interestingly, three quarters of people who had their hepatitis C test in a pharmacy said that they would also like to access treatment there. This is borne out by only 21% of those testing positive going on to receive treatment at their local hospital and even then treatment completion rates were low. In order to enable these vulnerable patients to be cured of hepatitis C and to prevent further transmissions, access to treatment needs to be made easier and in a more patient-centric setting such as the pharmacy.

“This report also reveals that almost a third of people tested (29%) were not aware that new interferon-free treatments are available. This highlights the need for more education and awareness campaigns regarding the availability of new treatments, to encourage people who have been at risk of infection to come forward for testing and treatment.”

“This report provides valuable insights for future pharmacy hepatitis C testing programmes. There are 113,000 people living with hepatitis C in England and I hope that community pharmacists will play an important role in helping to find people who are infected and need treatment.”

Phase 1 of the LJWG pharmacy testing pilot offered on-the-spot antibody testing, and found that 53% of those tested (95 out of 178) tested positive for hepatitis C antibodies (i.e. showing that they had been exposed to the virus at some point). They were referred to the local hospital for further testing to ascertain active infection (RNA testing) and for treatment.

Phase 2 of the pilot differed by offering on-the-spot RNA testing, so that people could find out within an hour of taking the test if they had active HCV infection. 38% tested positive, which demonstrates the significantly high burden of HCV in this vulnerable population.

Both pilots aimed to ensure transition to treatment with a clear care pathway.